Snoflex Skiing in Summer -- in Lynchburg 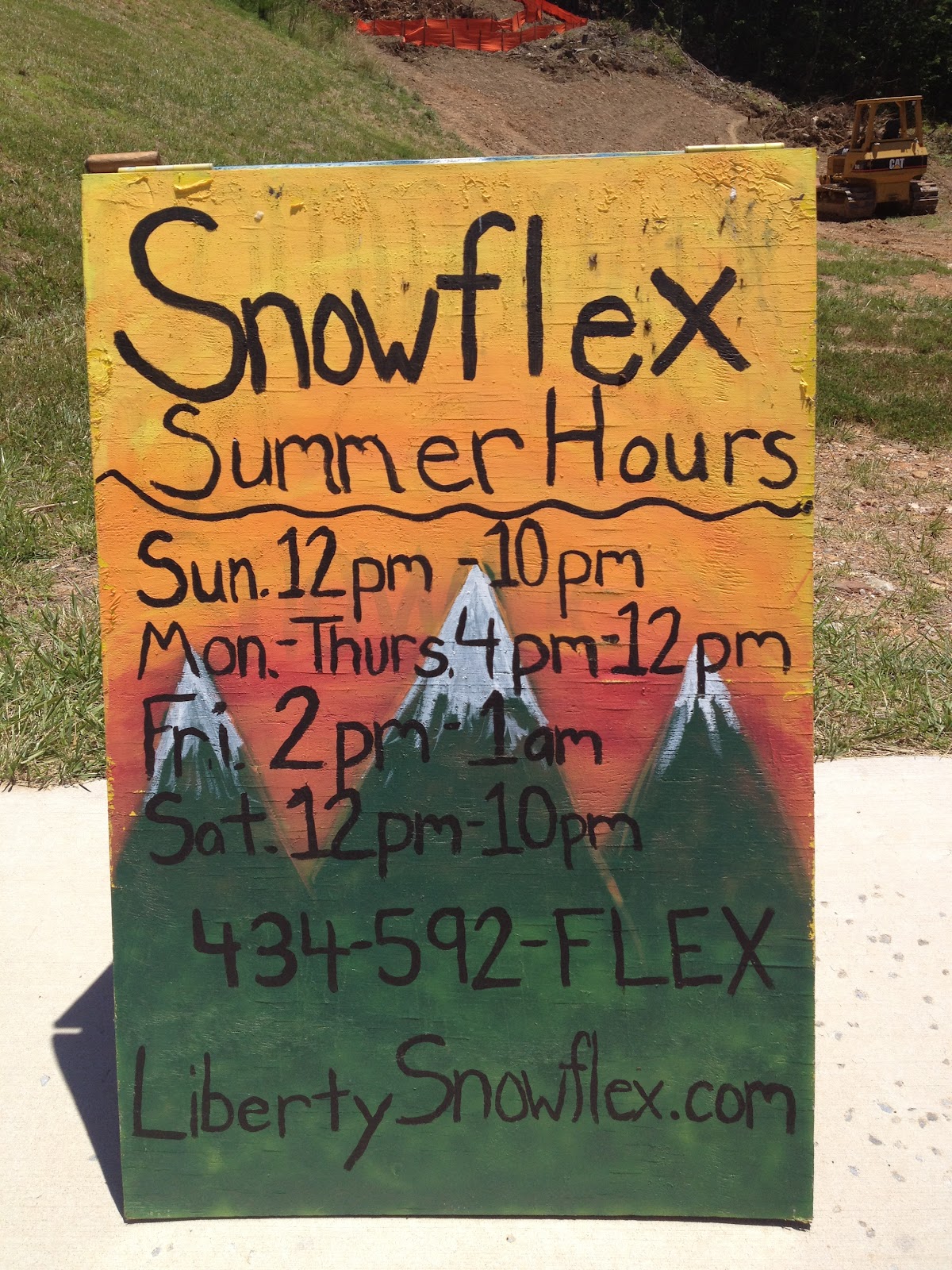 I wasn't sure what to expect, but ever since the Liberty Mountain Snoflex Centre opened a few years ago in Lynchburg, I had been wanting to find out.

Liberty University President Jerry Falwell Jr. had been nice enough to give me a tour in 2009, just prior to the park's opening.  He had explained how the white AstroTurf-type material was designed just for skiing and that it was very popular in Europe.  All they had to do, explained, was to trickle water through a system that is not unlike a sprinkler system for your yard, and this stuff was ski-able.


So trusty videographer Curt Schruth and I headed out on the hottest day of the summer to find out if we could in fact, ski. 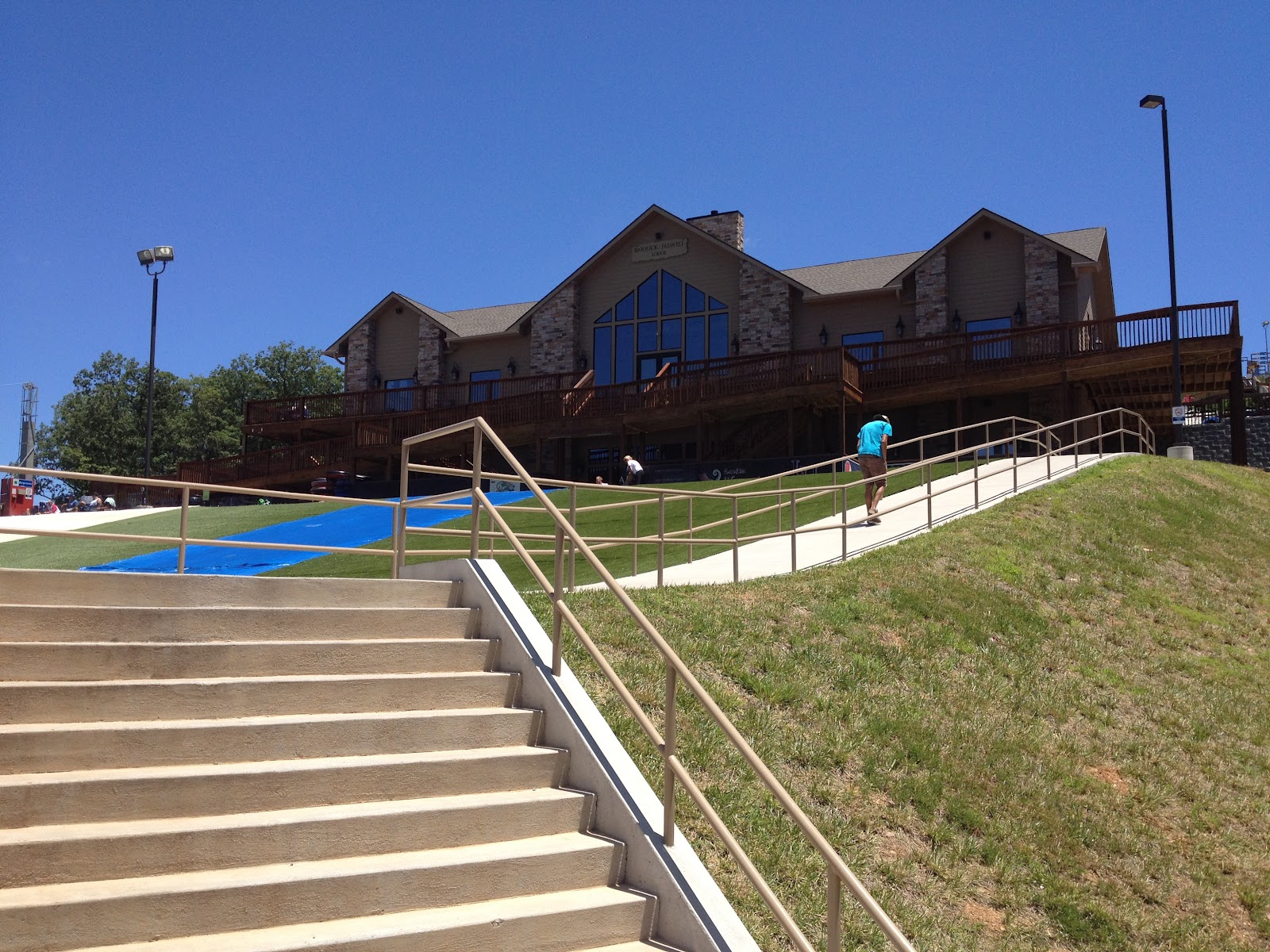 I grew up skiing in Vermont.  It's like second nature to me.  So I was both excited at the prospect of getting in some turns, and apprehensive because after all -- it just wasn't really snow.

All the gear is the same, skis, poles, bindings etc.  No shorts because if you wipe out, the rug burn is pretty bad.

Out on the hill there were some guys doing amazing flips and tricks on their snowboards, so it had to be doable right? 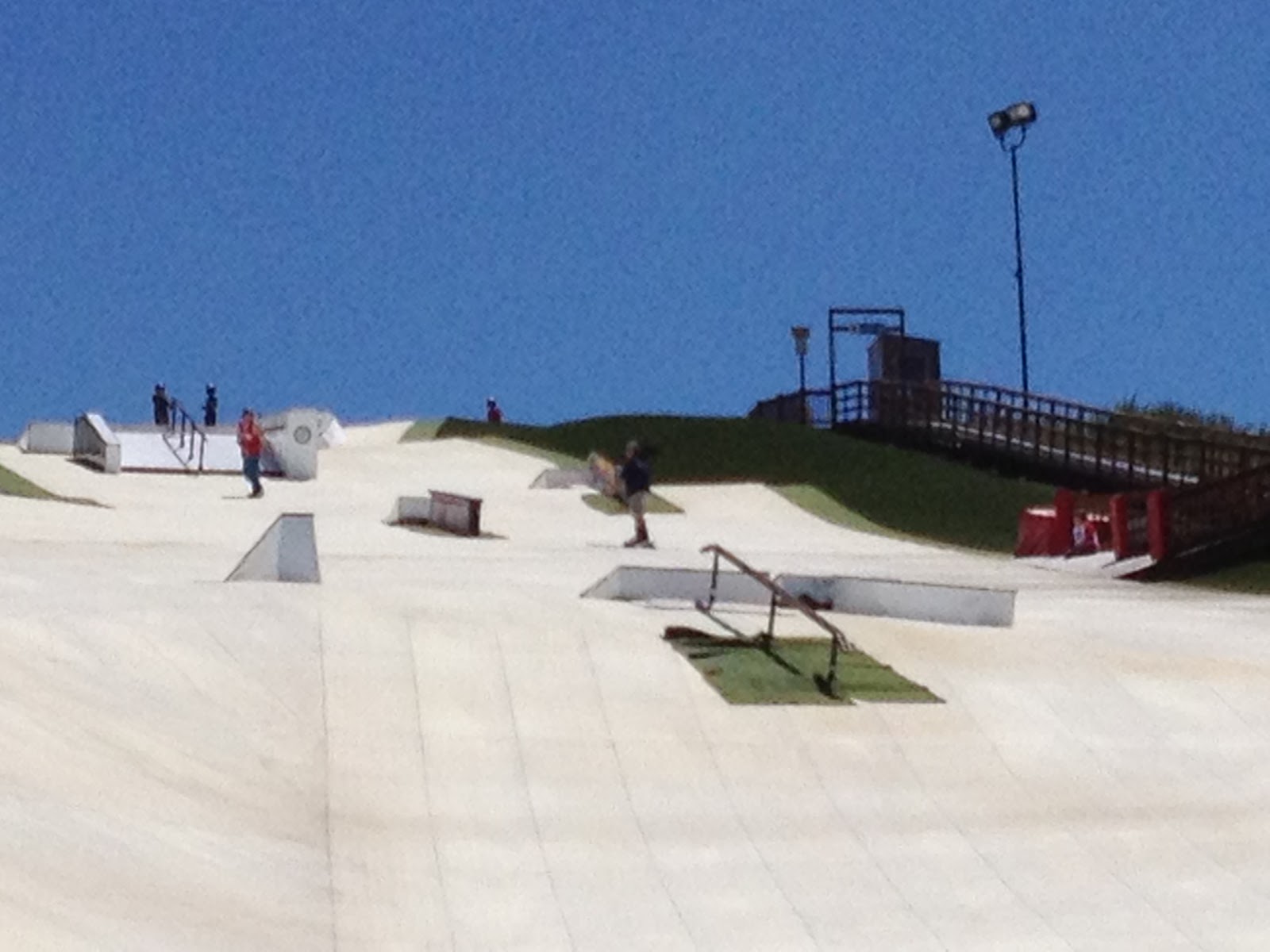 Plus You Tube is full of videos like this one, showing exactly how awesome it is.

Well, not so much.  Not for me.  I didn't fall, and I was able to turn, but I was not able to link together long beautiful arcing turns (or even fun quick ones) like I can on snow.

To be fair, they say it takes a while and that long-time skiers often take a bit longer to get the hang of it, because they need to unlearn habits born on real snow.

And it doesn't matter what I think.  There are tons of people doing this and loving it.  The business seems to be growing and let's face it -- we we skiing in Lynchburg -- in July.

Posted by Unknown at 6:58 PM No comments:

Bob Jenkins and the Roanoke River

I hope you’ve been enjoying the “best of” stories we’ve been presenting this summer. We’ve been traveling the region for two years now, bringing you stories from off the beaten path.   If there is another reporter on the story – it’s probably not the right fit for this segment!

During the past couple months, videographer Curt Schruth and I have been busy shooting new stories.  And the first one airs tonight, September 4. -- jc

We did not see any other media on our recent outing on the Roanoke River where I hoped to accomplish two things – profile Bob Jenkins the man who wrote the book on the freshwater fishes of Virginia – and to show you video of what he’s written about – not the bass and sunfish you already know about, but the beautiful denizens of the river bottom most people have never seen nor heard of.

I’d say we did both.

We met Jenkins and a team led by Dr. Steve Powers at Green Hill Park in Roanoke County. Jenkins had recently retired from RC and Powers is the person who picked up where Bob left off.  The group used large seins or nets to capture dozens of specimens, among them many darter species that are among the most beautiful fish in the river.

We also talked about some of the other “keystone” species, like chubs, which build nests out of pebbles, that other species depend upon for reproduction.

Jenkins, a noted character who loves Pink Floyd (and other music once described as counter culture) as much as the river, was as colorful as advertised and had no trouble sharing a lifetime of river research on camera.  Don’t worry we edited out the parts where he was a bit too scientific!  (He is, after all, a scientist)

I admit it – I’m a fish geek.  I find this stuff fascinating.  I hope in this story you will see some reason for your own fascination.  Perhaps you will be – as many are – amazed at the number of and variety of fish that call the Roanoke River home.

If nothing else – maybe you’ll look at the river that flows through the heart of our valley a little differently next time you cross over it in your car or while you’re  walking along the greenway. 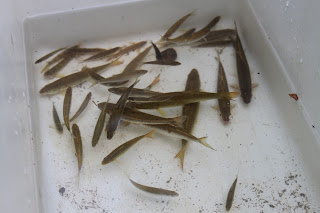 By the way – it’s in better shape than you might think and represents a great resource for all of us.

Thanks to Dr. Steve Powers for the photos of the darters.
Posted by Unknown at 3:16 PM No comments: