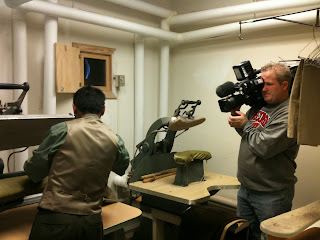 Heroes are easy to spot. They score the winning touchdown, hit a home run in the bottom of the ninth, save the baby from the burning building. We all love heroes.

At first glance, the topic of my most recent report may not fit the typical "hero" image. And yet it's what makes Linthong Thammavong's story even more remarkable. 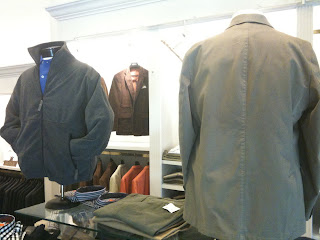 If you watched the report, you know that "Lin" is now the head tailor or shop foreman at Davidson's Clothing for Men. Davidson's is the oldest retail operation in Roanoke. They have a proud tradition of selling suits to Roanoke's business elite.

I found it remarkable, when I learned of Lin's history. He was raised working the rice paddies in Laos. The army drafted him to fight communists when he was 13. He has scars from bullet wounds in his arms from firefights in the jungle. He escaped to a refugee camp in Thailand with his family, and lived there for two years.

Immigration services helped him find a place in the United States. He and his wife landed at Davidsons, mostly because of her skills. Yet through the years -- and even his wife's untimely passing 10 years ago, Linthong persevered.

Every time there was a chance to learn something, he learned it. He worked hard day by day and stitch by stitch, until he is where he is now. 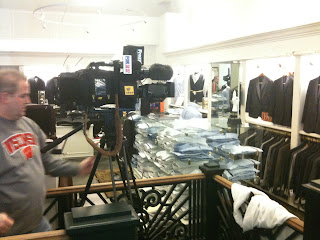 I didn't ask, but I doubt he's getting rich hemming trousers, or shortening sleeves on men's suits. To be fair, both Larry and Sig Davidson credit him with the ability to do some extremely complicated work as well -- but that's not the point.

The point is that here is a man, who survived all that, raised his family and his own standard of living in America. In Roanoke. He's a hero because he a survivor who has found a way to thrive.

Today, some of the best dressed men in Roanoke look that way, because of Linthong's determination and ability.

I think that's interesting.
Posted by Unknown at 2:16 PM No comments: