Christmas For the First time 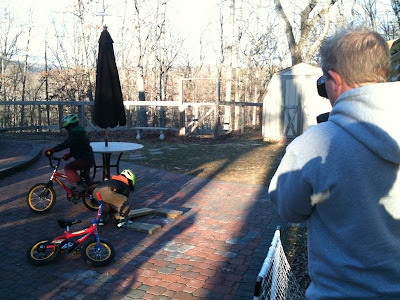 I had originally approached Jackie and Rich Grant to do a story about how they would be raising their newly adopted sons, Teketel age 6, and Akilu, 4, from Ethiopia, in the great outdoors that surrounds their home near Carvin's Cove. Jackie and Rich are both avid runners and mountain bikers. They take full advantage of the wonderful playground that is literally right out their back door.

That would have been a great story. Unfortunately, the weather got cold before we could get there. That left me with an equally good story about how two little boys who came from an orphanage in a land most famous for well -- starvation -- have landed in a wonderful home in the United States.

Not only that, but it occurred to me that a close examination of what it's like to watch as the boys learn about things we take for granted, would be equally intriguing. 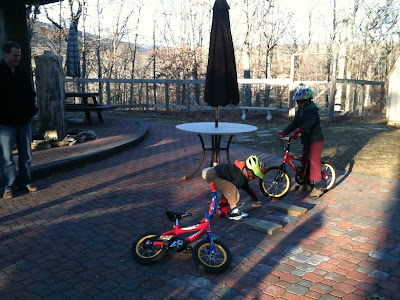 These are the challenges Jackie and Rich are facing -- and they are doing it amazingly well.

Trace the time line with me. Jackie and Rich pick the boys up from Ethopia in April. The Grants have memorized some basic life words, such as "bathroom" so they can communicate with the boys. But for the first few weeks there's not much real communication.

For the first three months the boys speak to each other in their native language and to Mama and Papa in broken English. Then at 6 months they begin speaking English even to one another. Ask them now -- at about 9 months what they spoke in Ethiopia and they think it was English. Amazing how young minds work.

Bear in mind that Jackie and Rich are doing everything they can to help the boys remember their homeland. Eating Ethiopian food -- (I had some, it's good)-- and celebrating Their holidays as well.

Rich taught the boys to ride their bikes. He found a write-up on the internet describing a technique where you take the pedals off and let the child coast downhill to learn balance. After two weeks of coasting, he put the pedals back on and the Teketel and Akilu were pedaling happily.

Back to the holidays. At Halloween the boys learned to wear costumes. So when the next big holiday came -- Thanksgiving -- they asked, "What will be dress as today?" Enter a lesson on Turkey, Pilgrims and Indians.

Another incident -- losing a tooth. Jackie told them the tooth fairy might come. The boys were scared. When they learned Santa was coming down the chimney while they were sleeping -- they weren't sure they wanted anyone in the house. Mama and Papa had to reassure them.

To be there with them -- to see them eating dinner as a family, teaching, laughing and playing together -- you can see that it's been enjoyable both for Mama and Papa and for the Teketel and Akilu.

There will likely be struggles -- just as there are in any family -- But so far they've crossed some cultural and parenting hurdles most of us couldn't imagine.

As you saw in the story, they've been teaching the boys about Christmas, but Jackie and Rich say they can't wait to show the boys what it's like on Christmas morning.
Posted by Unknown at 3:39 PM No comments:

Lake Effects -- The Improbable Back Story 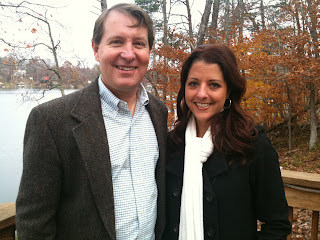 Lake Effects -- The Improbable Back Story

It’s amazing to people that through the course of the summer, stars from Hollywood were walking the aisles of the Kroger at Smith Mountain Lake. (One of my neighbors ran into Richard Moll, whom you may remember as the goofy, bald bailiff on the TV show, Night Court.)

The celebrity sightings were everywhere. The community rallied and helped in any way you can possibly imagine. The stars themselves seemed truly struck by the beauty of the area and the friendliness of the people. 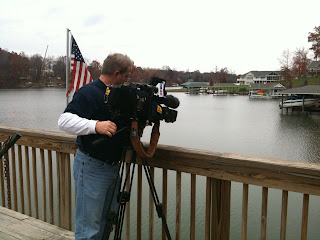 The people, in turn seemed enamored with how “down to earth” the Hollywood set came across... Pulling their pants on one leg at a time, just like the rest of us.

But the most impressive piece of the movie picture is Sara Elizabeth Timmins, who at 33 years old, put the whole thing together. Her title is Producer, but she also created and owns Life Out Loud Films, the company behind the picture. I’m sorry – but this is not easy.

As we said in the TV report, she was doing pretty well as a motivational speaker, occasional actress and producer for other people’s projects. Then came the fateful day she walked along the lake near Penhook and had the inspiration to make her own movie. 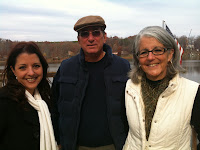 That’s why the focus on my story is on Sara Elizabeth and not Jane Seymour, or the rest of the cast or the substantial economic impact the filming had on the region. 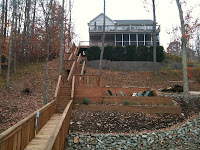 It was Sara Elizabeth who hired a scriptwriter to work a story around her parent's home – which is all she had to work with. She sweet-talked all the local businesses into donating or providing (at low cost) everything from food for the crew to boats and even lodging at the 4-H center. She convinced business people to invest in the venture. She won’t say how much it cost to do this – but let’s assume at least $1.5 million. She would need multiple investors. Savvy businessmen.

Now – what would you say if you were the “Potential Investor?”

Are you starting to get it? Do you see how unlikely this is/was?

Clearly, Sara Elizabeth Timmins, who is as nice as she seems in the story, and bent over backwards to fit the shooting of this story into her schedule, is someone to be reckoned with. It is the sheer force of her ability and personality that made everyone want to join in, become a part of this film, and ultimately make it a reality.

The next step is selling the movie to one of the networks or someone who might put it on the big screen.

Sara Elizabeth isn’t saying how far it will go.