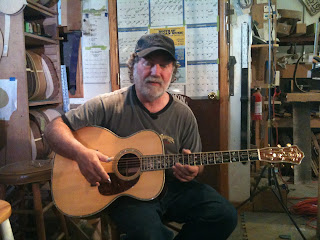 Update: June 19, 2012.  I am pleased to announce that our TV segment on Wayne Henderson -- the one that accompanies this blog has won an Emmy Award from the National Academy of Television Arts and Sciences.  It is truly an honor for my photographer/editor Curt Schruth and I to have been able to do a story on a man as deserving as Wayne Henderson and to receive recognition for it.

It's important to recognize the commitment of Fox 21/27 to this project.  There are very few places in today's television environment where a reporter is allowed to seek out these out-of-the way stories.  So thank you to Fox and to you, the viewers for appreciating our efforts.

The story can be viewed here. http://youtu.be/uFs5WCak_SU


It's hard to figure out how Wayne Henderson can be so humble.

Really. Either it's the best delivery of false modesty I've ever seen, or Henderson is truly gifted. 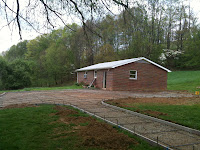 We know he's gifted when it comes to making and playing guitars. He played in my story, and he plays all around the world. He says younger players are better than he, but that he could once hold his own.

"That's the way it's supposed to be. The young hot player of the day deserves his time. I had mine," he told me when I asked about awards he has won at the famous Galax Fiddler's Convention. 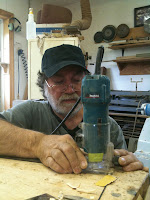 As we reported on TV, Henderson charges only about $4,000 for one of his guitars, even though they often bring upwards of $40,000 on the secondary market. Even though the wait for a Henderson guitar is years -- from four to twenty depending upon whom you talk to.

"I never had any money growing up, don't see much need for any now," he said during our on-camera interview 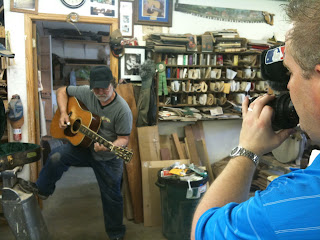 Yet Henderson walks the proverbial walk. He lives about a mile from where he's always lived and gone to school. He produces masterpieces in a nondescript brick building. It's purely functional. I thought it would be at least, quaint. Take a look at the pictures. Judge for yourself. 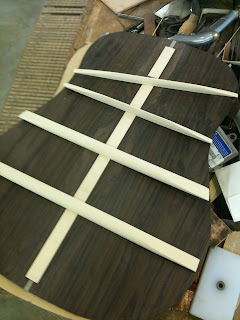 As I reported from the Floyd Country Store earlier in May, the key to the popularity and success of the Crooked Road Music Trail and the mountain music it celebrates and promotes, is the authenticity.

I loved the line from the interview in which Henderson recounts having played at Carnegie Hall. When asked where he would play the following weekend he told the fan, "... at the Rugby Rescue Squad."

Now that's a great answer. It's funny. It's Clever. It's quick. It made me laugh, and I'm sure he trying to be funny. I wish I could be that witty. To be clear, Henderson knows it's funny. I'm sure it gets a great smile from anyone lucky enough to hear him tell the story. But I wonder if he was trying to be funny when he answered the question there in New York.

Henderson say he prefers to play the small towns around here. He really doesn't want fame and fortune. He really did keep his day job as a mail carrier for decades even though he could have earned more making guitars -- which he obviously loved. 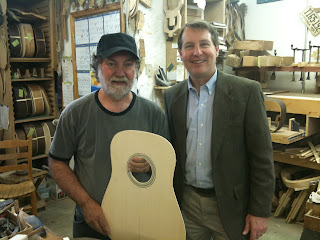 He thought a pension and health insurance were more important than taking the risk. That's just common sense.

Every year Henderson hosts the Wayne C. Henderson Music Festival and Guitar Competition on the third Saturday in June at the Grayson Highlands State Park. 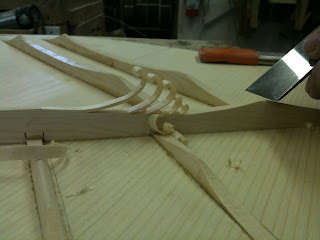 Since the festival began in 1995, more than $57,000 has been awarded to aid young, local, traditional musicians in continuing their music exploration and education.
Posted by Unknown at 6:21 PM 1 comment:

The Floyd Country Store - Stop #1 on the Crooked Road 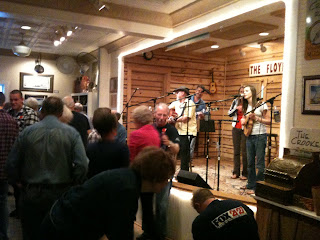 When you visit just about anywhere as a tourist, you feel like you’re looking at someone’s idea of what life is supposed to be.

Take a Crackerbarrel Restaurant. The food is great. The country theme is well done – the rocking chairs are a nice touch—but at the end of the day, it’s a new building made to look old. 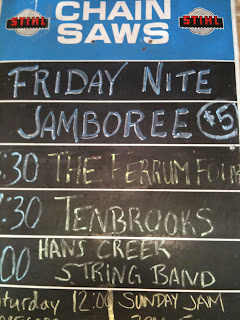 Jimmy Buffet’s Margaritaville Restaurants. The one in Key West – though yes, it is a tourist trap, feels so much more legit than the one at Myrtle Beach, which feels like it could be in a mall just about anywhere. Nice experience, but it's like it's once or twice removed.

But that’s the way most things work. Someone comes up with a theme, a show, an attraction of some kind, and then people will come to sit and watch it. 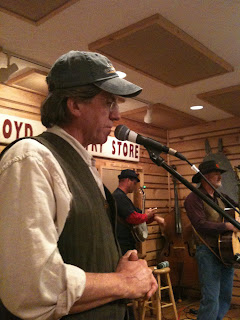 Here’s where I think the Crooked Road, and in particular the Floyd Country Store are different. The people who come are only partly tourists. A huge percentage of the people I saw last Friday night were there to participate. Local people enjoying a Friday night like some people only dream about.

The musicians are the core. They come to play. On stage. On the sidewalk. At the barbershop next door, and at multiple other venues. They didn’t come because someone paid them or because they wanted to look cool. This is what they do. The musicians make up a big part of the crowd. 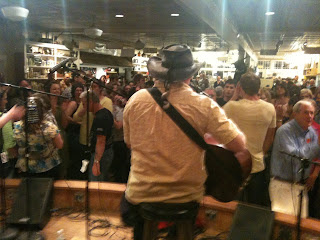 Ditto for the dancers. They wear their overalls and come to dance. It’s not like a bunch of us in suburbia said, “Let’s do something different and go to Floyd and wear overalls like the country people.” These ARE the country people. They are as real as the twisty road from Ferrum called Shootin’ Creek that I drove to get there.

Yes. There are people in the audience who come to sit and enjoy the music. But are they tourists or just folks out for a Friday night in a small town? For the most part, as far as I cold tell they were either locals or people who really enjoy bluegrass music and were willing to drive to hear it. 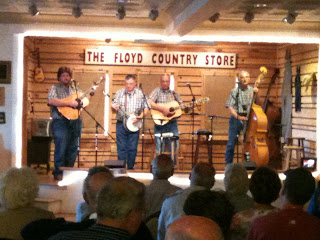 Now to be sure there ARE tourists. There were people there from Israel, China, Alaska, England. This list of far flug locales is typical. But even then they often came with people who said something to the effect of, "You've got to experience this." Even at that, the tourists don’t dominate. It’s not the bird show at Busch Gardens.

These music venues along the Crooked Road are authentic. That’s hard to describe. These days it's even hard to find. Most things that are authentic just don’t draw people from all over the world. For some reason, this does.

No wonder it’s so popular.

By the way the woman in my story playing the Ocarina could have been a story herself. The Ocarina isn't bluegrass -- but it sure is an interesting instrument that Deborah Harris promised me "anyone could play." Click here to find out more about these handmade clay flutes.
Posted by Unknown at 6:33 PM 2 comments: